Realm Rage is a multi-ethnic MMORTS video game that allows you to build your own empire, battle players and join alliances within your chosen region/country.

I was asked to design their branding and Mobile User Interface prototype. I was also in charge of illustrating the basic empire layout.

Following an isometric grid, I first created a draft of the basic empire layout with a pencil on paper and was later hand drawn from scratch in Adobe Photoshop with the help of my graphics tablet. It was created in high resolution to avoid losing image quality when users decide to zoom in to their empire.

The logo was designed with a shield in mind and was inspired by different historical backgrounds. The animals around the bull respectively represent each region; (From left to right) Eagle – North America, Kangaroo – Polynesia, Tiger – Africa, King Cobra – Panthalassa, Dragon – Asia, Horse – Arabia, Europa – Lion, Toucan – South America. The bull represents the game. The moon, sun, ice and fire represents conflict. Which I believe suits the nature of the game.

I designed the User Interface with a medieval style mixed with a modern theme and is consistent throughout.

This was overall a fun project to be involved with as I had to use a variety of skill-sets.

The game is currently being developed. 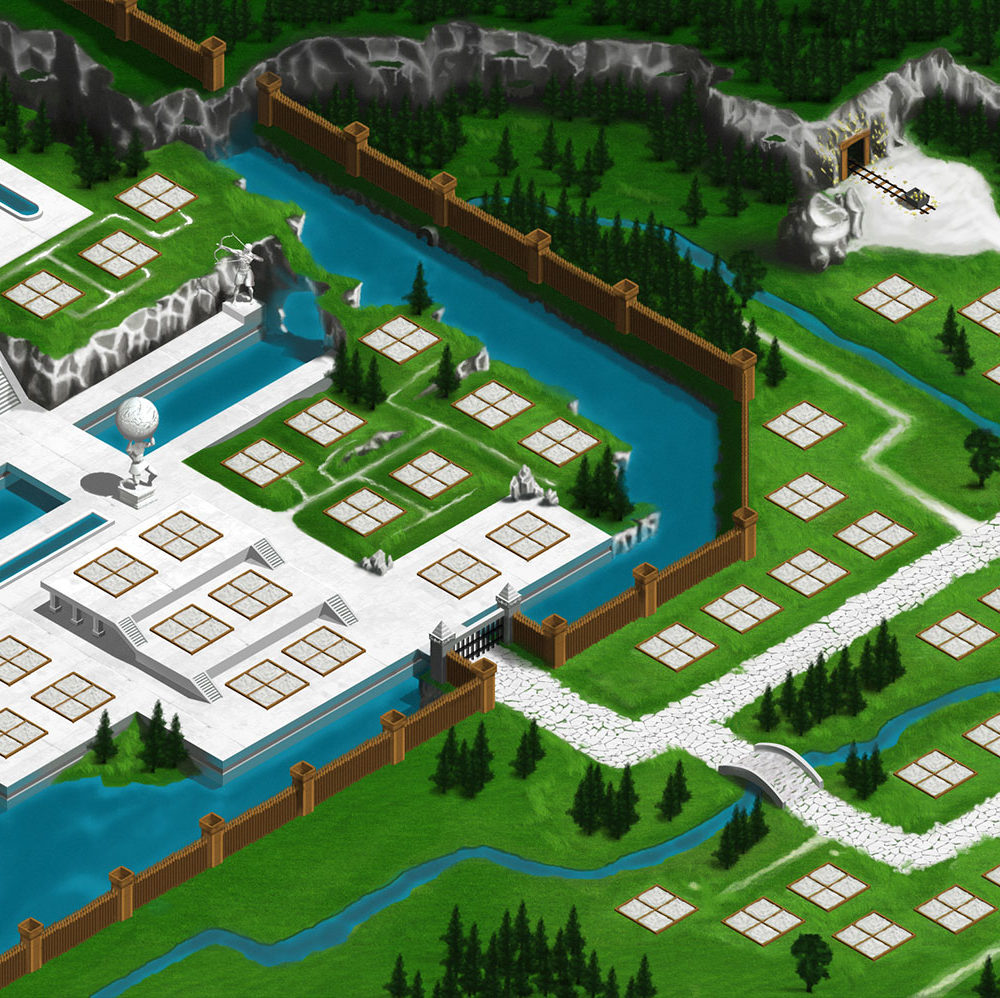